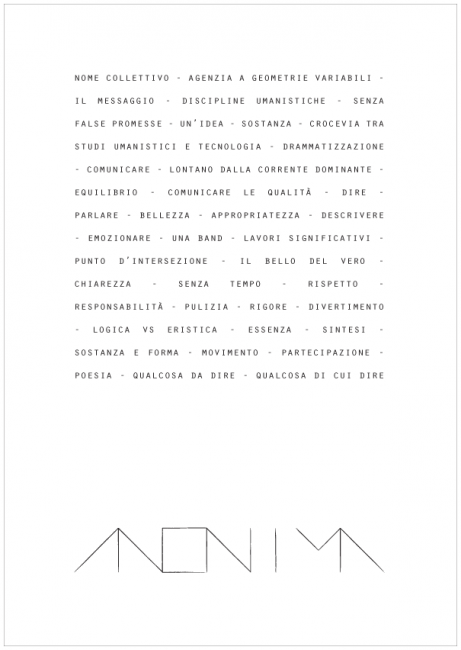 My name is Luther Blissett, my name is Anonima, I have other names but I do not care about any of them.
I am the action, not its will. I do not attend at debates on the ethical crisis of communication:
I am too busy producing it and I want to produce tools able to subvert, not to denounce, the social, economic and ethical void in which we have been plunging for decades.
I use logics and marketing, especially if it’s viral. My name is Italo Calvino and, living in the hell of the living ones, I positively want to make what is not hell last and have space.

We would like this to be our manifesto, but it is not such yet, we would like to achieve these objectives but we have not done it yet, ours is a continuing strain, a necessity, not a choice; we are forced to seek a path.

Creating a new name, a brand, an image that might become a collective name, creating a website that publishes the projects but with time becomes a point of exchange and connection for those who want to participate to the project in various ways by sharing expertise and experience.

Extracted from the logo through further subtraction. It becomes a denial, an opposition, a reject (of star behavior, eristic, mystification), and at the same time a propeller, a counter-clockwise spin. 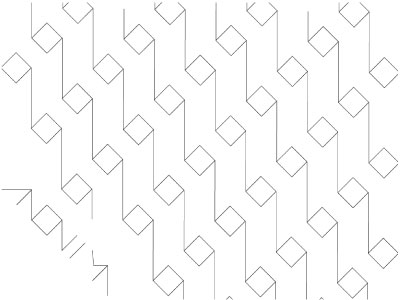 The hell of the living is not something that will be: if there is one, it is what is already here, the hell where we live every day, that we form by being together. There are two ways to escape suffering it. The first is easy for many: accept the hell and become such a part of it that you can no longer see it. The second is risky and demands constant vigilance and learning: seek and be able to recognize who and what, in the midst of the hell, are not hell, then make them endure, give them space.